You are looking for proportional solenoids as drive for your solenoid valve or a pilot or pressure reducing valve for oil or other fluid and gaseous media?

We provide solutions. We are proficient in electromagnetic proportional technologies for valves solenoids, pilot valves for hydraulic and pneumatic applications; we achieve lowest hysteresis and very high life cycle values with regard to the required pressure resistance.. 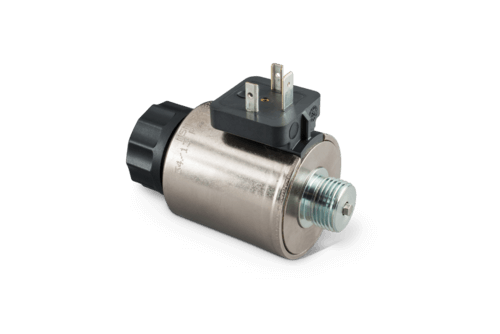 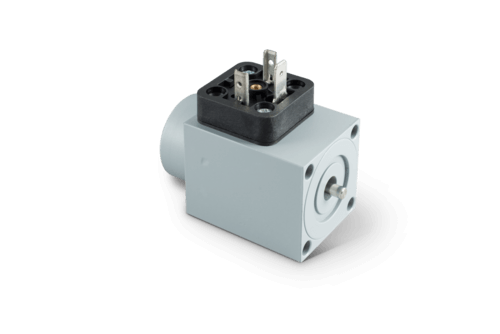 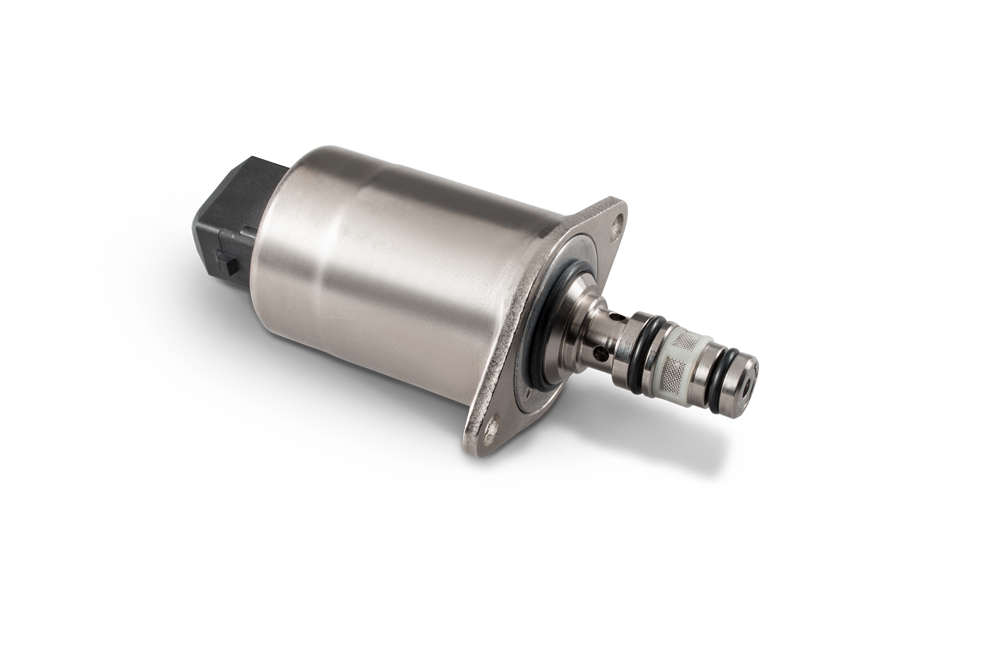 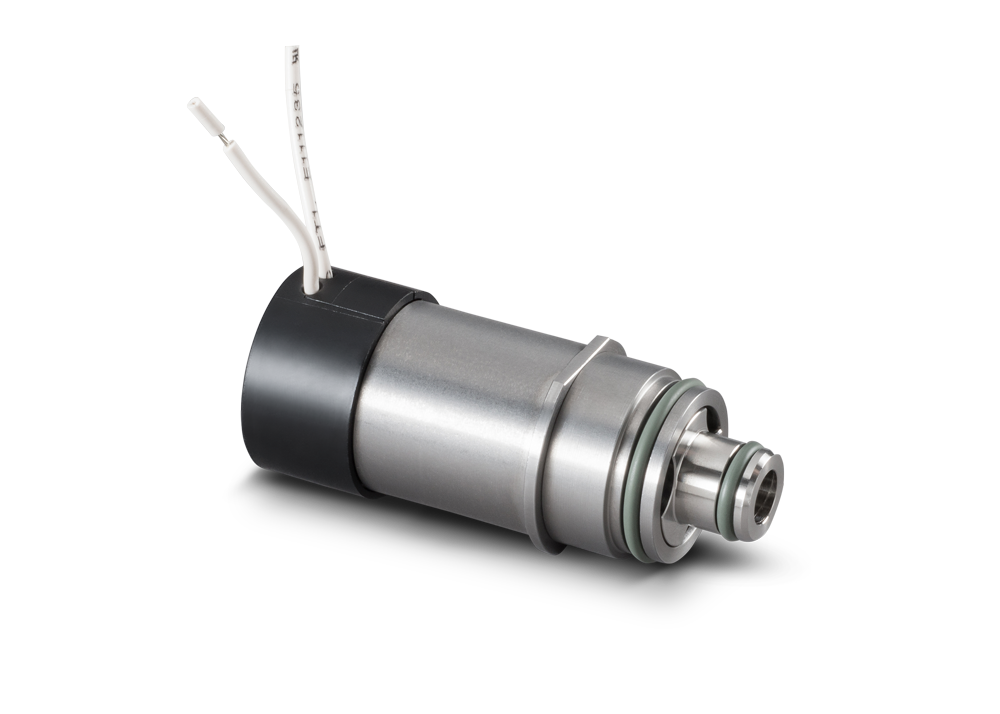 What is a proportional valve?

Which are the advantages of proportional technology?

Which are the characteristics of proportional valves?

With proportional and constant valves as well, the energy flow can be controlled with regard to size and, depending on the valve model, also to direction. Switching valves are the opposite here: by using those, only minimum and maximum values can be shifted.

The energy flow is characterized by the flow rate and the media pressure.

Which types of proportional valves are there?

If pressure needs to be regulated by a valve, a proportional pressure valve is needed. With proportional current valves, the flow rate of a medium can be controlled. As umbrella term, generally the term „directional valve“ is used..

How does a proportional valve function?

As far as proportional valves are concerned, the variables are dependent on the current running through the solenoid’s coil. This dependency is described by a diagram contained in the Technical Data of the valve.

The adjacent example diagram demonstrates that the pressure (here: the variable) on the valve increases with increasing energy on the valve;
In order to achieve a linear connection between electricity and variable, proportional valves make great demands on the valve’s and solenoid‘s quality and precision.

Is it possible to operate proportional valves also as on/off valves?

Basically yes. Instead of adjusting the current, the valve is operated with the permissible maximum current, the so-called limiting current.

Since proportional valves have increased value contents, the procedure is usually not productive; in addition, the control is operated by means of current regulation, whereas it is possible to operate switching valves in a simpler and voltage-controlled manner.

Which are the applications of proportional valves?

The main areas of implementation are, due to a high energy density, hydraulic applications. However, also in pneumatics, proportional valves find more and more implementation.

The scope of applications is manifold.

Regarding hydraulics, it can be stated that proportional valves are used for controlling cylinders and engines.

In areas where manually operated valves were formerly implemented in order to control the movements of hydraulically driven machines (such as diggers, concrete pumps, agricultural devices), today’s increasing complexity and the desire to automate processes call for an electrical control of the valves. However, smooth, flexible and consistently reasonable movements of machines and applications can only be achieved if power and speed processes can be regulated continuously.

These requirements explain the wide range of applications in the field of proportional valves and technology.

In the field of pneumatics, proportional valves are usually used when it comes to regulating the flow rates of gases. Classical applications can be found in medicine and analysis technology.

What is the life cycle of proportional valves?

In addition to the valves‘ robustness, here the operating conditions for the valve resulting from the application make the decisive impact.

One more particularity of proportional valves is the challenging definition of typical motion sequences. In the application, a mixture of micro motions on the basis of sensible regulation processes and large stroke movements is created. These motion processes are decisively influenced by the control.

How can proportional valves be controlled?

Proportional valves are regulated in a current-controlled manner. Unlike switching valves which are usually operated with nominal voltage, a suitable electronical control is needed to operate a regulating valve.

For the application, a number of possibilities is created here:

Here, depending on the solution, it is possible to define a number of parameters and to retrieve them accordingly:

What is the difference between pilot and directly controlled proportional valves?

Ultimately, the flow rate which needs to be controlled and the pressure level are decisive whether a valve is driven directly by a solenoid or an electromagnetic pilot valve.

If the actuating forces of the valve‘s spool are getting too strong and if the valve spool is operated hydraulically via pilot valve, it is referred to as pilot valve.

In case actuating forces are adequately small, the valve spool is directly operated by the proportional solenoid.

This differentiation can analogously be made for switching or on/off valves.

How do proportional valves behave in case of power failure?

It depends on the functioning method of the valve. Basically, it can be assumed that a valve takes its basic position in case of power failure.

How fast do proportional valves open and/or close?

A valve’s dynamic is, in addition to its construction, also dependant on the operational conditions. For corresponding information, please see the data sheets or, for the application in question, ask the manufacturers.

What is the optimal fitting position of proportional valves?

As a rule, the fitting position of proportional valves has no influence on function.

However, it is recommended to take maintenance into account when the fitting location is determined.

In case a valve is exposed to special accelerations, the fitting location (location valve spool and magnet armature in relation to acceleration direction) might influence the regulation behaviour.

What leakages do proportional valves have?

Proportional valves are usually gate/slide/spool valves. In order to guarantee the flexibility of the valve slide and/or spool in its bore hole, a gap is needed. This gap inherently leads to a low internal leakage between pressure, work and tank connections.

The leakage height depends on construction and quality factors and modifies with the loaded pressure as well as the medium’s temperature.

Size and flow direction are usually indicated in the valve’s technical data.

What is the meaning of a proportional valve’s hysteresis?

Hysteresis can be explained quite well as some kind of friction loss between control signal and variable.

Which proportional valves does Magnet-Schultz produce?

For examples, please see our branch pages for Automotive and Hydraulik.